Home Best homeopathic doctor in Pune What is Nevus Depigmentosus and how to treat it? 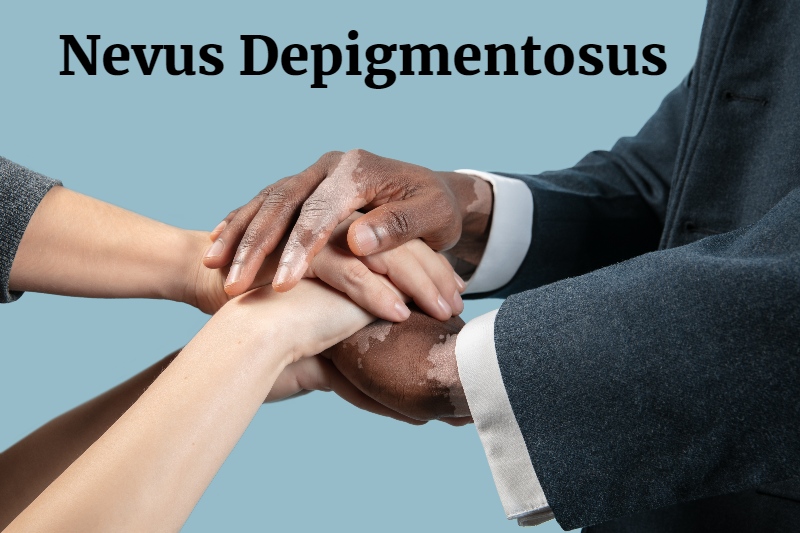 Larger in size with midline demarcation

308nm Laser light is exposed to the targeted area. ultraviolet radiation induces the production of melanin. Repigmentation occurs with successive sessions until the desired pigmentation is obtained.

Psoralen ultraviolet A light is used to stimulate melanin production in the affected area.

Desired Nevus Depigmentosus is removed with surgical extraction which may or may not leave a scar mark on appeared side.

Melanocytes are extracted and separated from unaffected areas and transplanted in the affected side in order to achieve repigmentation.

Grafts of skin were obtained by suction method from healthy skin and grafted on the white patch and allowed to heal.

Benefits of conventional treatment along with  Homeopathic treatment taken together.

Following are a few remedies that have proved best in clinical practice.

This is one of the best remedy for Nevus Depigmentosus where medicine is prescribed on basis of symptom totality and constitution of a person. There is a weeping tendency with a changeable mood with burning and itching present all over the skin around the affected side. Nevus is present on the chest and on the face which is white in colour. The tendency for mole formation is brown in colour size of a thumb.

This is one of the best remedy for treating Nevus Depigmentosus which occurs early in childhood. There is an appearance of pale skin with a whitish spot present. Physically the patient is tall slender weak with a narrow Chest with thin transparent skin with nervous debility and emaciation. Bluish discoloration of the skin with blue spot present.

This is also one of the best remedy for treating Nevus Depigmentosus .skin appears to be dirty and filthy. Nevus appears to be brown and white. eruptions only on the covered part Brown spots appear on the abdomen. a person is exhausted and debilitated.

Smooth, moist, nevi birthmarks, brown in colour with itching spots after scratching is very painful. Spot mostly found on back and chest. Burning is present all over the body. physically the patient appears to be a dirty, filthy aversion to being washed.

Dr. Vaseem Choudhary along with his team has treated many patients successfully with Nevus Depigmentosus so if you are seeking your cure please visit Homeo Care Clinic, Pune for further assistance.