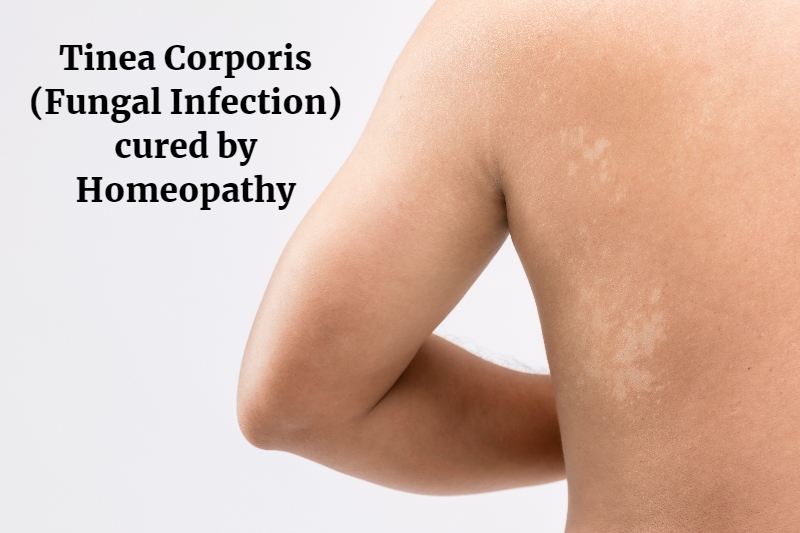 A 15 years young patient, Mast. S.D. (Registration Number: – AAX-121) visited Homeo Care Clinic for complaints of Tinea Corporis (Fungal Infection). He had ringworm lesions on the face. He had itching, scratching, and redness.

He had taken medicines from the dermatologist three to four times, but it invariably relapsed. So he consulted Dr.Vaseem Choudhary for his treatment.

Dr.Vaseem Choudhary told him that with Homeopathy this will be completely cured and also prevent the recurrences.

The patient was a young teenager; he was studying in 8th Standard.  He was the youngest in the family. His father was working in a company and his mother was a housewife.

His sister was married. The patient was a pampered, short-tempered boy.

He liked sweets and junk food.

He was more tolerant to winter than summer.

He suffered from headaches on going out in the Sun.

Dr. Vaseem Choudhary prescribed Sulphur 200 C and the patient was under our treatment for two to three months.

He showed good recovery and was asked to stop the treatment.

He reported after 2 years post lockdown with his mother for treatment.

He confirmed that the Tinea never recurred.

Dr.Vaseem Choudhary is an expert to cure fungal disorders on the skin. if you want to cure your skin disorder you can reach Homeo Care Clinic, Pune for further assistance.