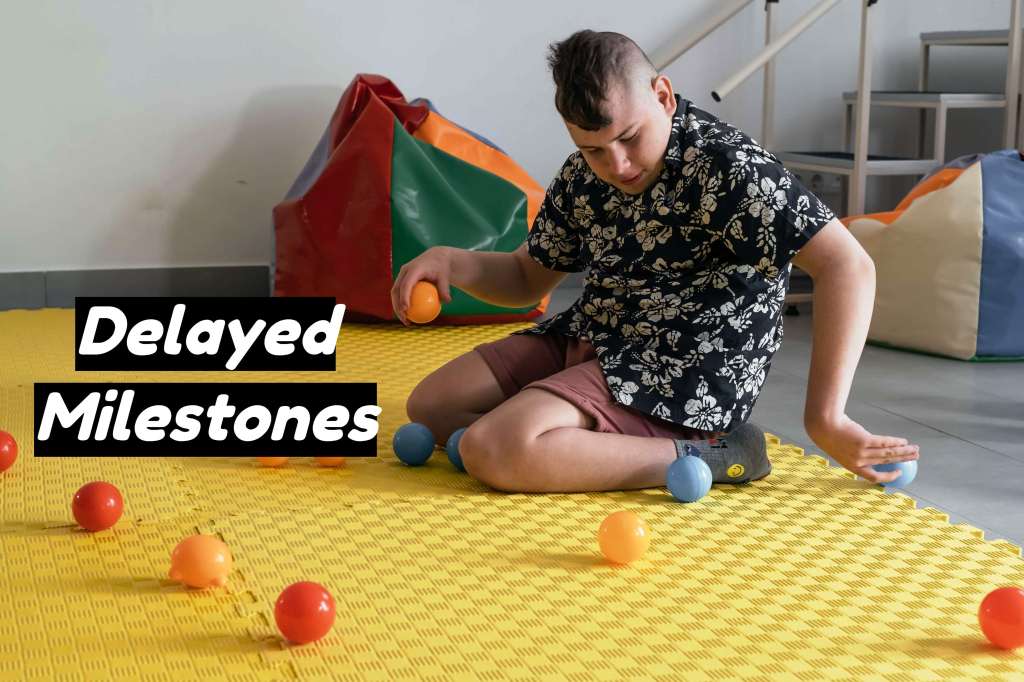 Delayed Milestones are defined as when the child does not reach one of the stages at the expected age.

Fine motor skill includes holding a toy or using a crayon and Gross motor skills includes jumping, climbing stairs, throwing a ball. A child can lift up the head at 3 months old age, sit with some support by 6 months and walk well before their second birthday. At age of 5, they can stand. But any of the delays in the above skills would be considered under the category of delayed Milestones.

Speech delay occurs when a child is unable to say words that should be expected according to age.

This is one of the best remedies for delayed Milestones. This is a remedy suited to the flabby fair constitution. The mother often complains that child is slow in learning to walk and slow at dentition. Often indicated in obese and chubby babies who have large bellies. The child is sluggish, dull, lethargic. Delayed closure of anterior fontanelle. Excessive perspiration.

This is also one of the best remedies for delayed Milestones. Especially indicated in babies who are unable to hold the head at the expected age These children are very restless and cry too much. The child is unable to digest milk. He vomits curdled milk when fed. The child appears to be weakly exhausted.

This is also one of the best remedies for delayed Milestones. More prone to children who are slow learners in walking and also speech. The mother says that the child may cry in fear if anyone visits the house. Most symptoms occur after vaccinations. The child appears to be dull, sluggish very inactive to respond to things.

Often indicated to babies who have delayed tendency in the closure of the fontanelles. Emaciation is a well-marked feature with delayed assimilation. The child shows sluggishness in both speeches and walks. Often have problems with the gastrointestinal system due to worm infestation.

Dr. Vaseem Choudhary along with his team has treated many patients successfully with delayed Milestones in children so if you are looking cure for your children do please visit Homeo Care Clinic, Pune for further assistance.