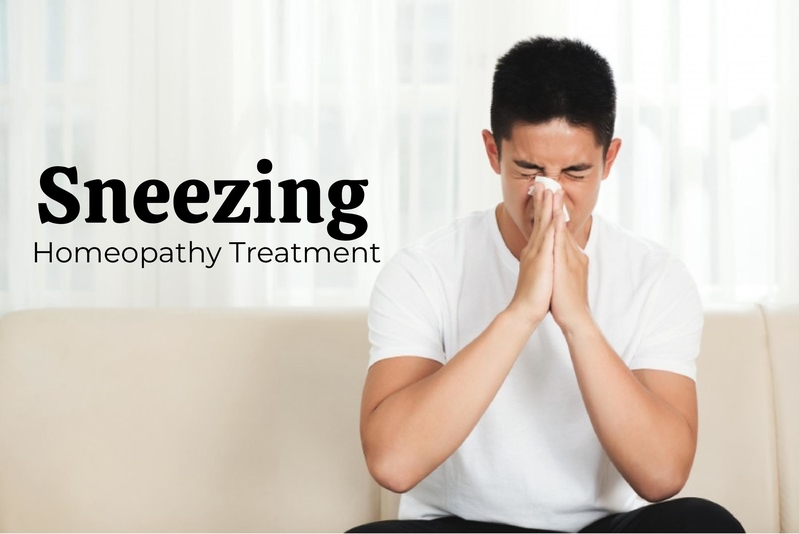 This is one of the best effective remedies for continuous sneezing. Along with sneezing, there is watery discharge from the eyes and clear nasal discharge which irritates the upper lip. Tickling of cough present. Patient desires fresh air. Warmth and close room aggravate complaints more.

Burning a watery running nose with continuous sneezing calls for this remedy. Nose tackles during the attack with irritation. Swelling under the lower eyelids along with cough is a well-marked feature. A person may feel chilly, restless, anxious.

The sensation of dryness is often felt in the nose. Sometimes watery discharge from the nose is so severe which results in a continuation of sneezing. Aching in the back and neck is a trembling feature Chills run along the spine.

Long paroxysms of sneezing with continuous discharge from the nose are well marked. Watery eyes with a feeling of a lump in the throat .person is drowsy and has a headache and is unable to concentrate.

Eyes are swollen painful with acrid tears and bland coryza. Sneezing is continuously present which aggravates more in the daytime and from warmth cough is accompanied by nasal symptoms.

Dr. Vaseem Choudhary along with his team has treated many patients successfully of sneezing so if you are looking for your cure please visit our center for further assistance.