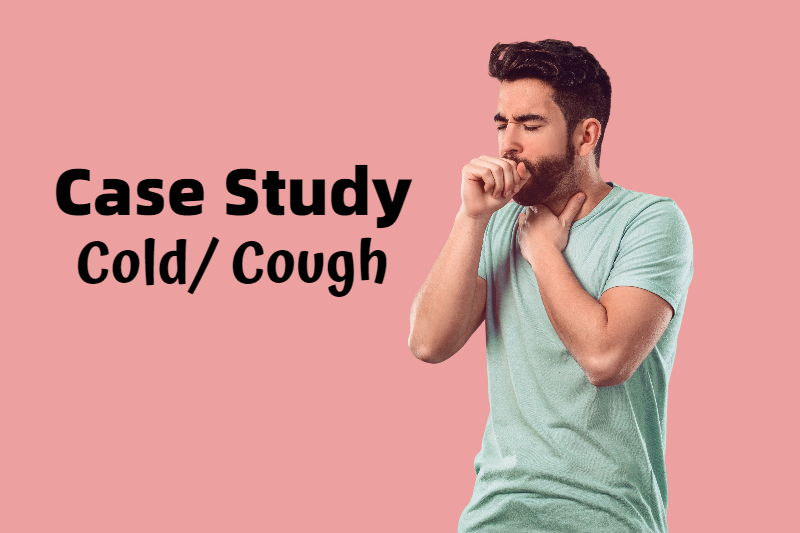 Master T.R. (Registration Number-AAL-23) 8 years old patient visited Homeo Care Clinic, Pune on 23/02/2019 with his mother as he has been suffering from recurrent colds and cough since his birth. He had a running nose, cold – nose block, cough, whitish cough expectoration, he had a fever once every month, and if the climate changes his cold was coming. And if he ate any cold thing and banana, orange and any sour things then his nose used to get blocked and recurrent cold used to come. He was on conventional medicines with antibiotics with little relief of his complaint. He required antibiotics very frequently.

Family H/O – There was no significant family history of any disease in the family.

Perspiration is offensive to the whole body.

His father used to stay abroad, while his mother was a homemaker. He was a very extroverted and easy-going child. He has a good memory. He was very much inquisitive in learning new things, always tries to open toys and check their mechanism.

His 1st treatment follow-up was for 1 month from 24/03/2019 and his follow-up was in the same way. He had a running nose, but this month after taking the treatment of homeopathic medicines by Dr.Vaseem Choudhary he didn’t complain of fever.

On the 3rd follow up 30/06/2019 His complaint increased as the cold started and his nose was blocked and he had a fever because of climate change and intake of banana shakes.

Dr. Vaseem Choudhary reassessed the case and depending upon symptoms gave 1-month of medicine then he got little relief. His mother was very tired because of his recurrent cold and cough then Dr. Vaseem Choudhary gave them motivation and saying his cold was from his birth so it will take time to recover completely then his mother understood and she followed all follow-up and gave him medicines properly.

On 30/08/2019 – His complained started reducing gradually. His cold, cough reduced, His immunity has improved. But still on and off he used to get cold & cough.

On 06/12/2019 He again had a complaint of cold, and cough because of the winter season, but it was not as severe as it used to be earlier. The child started to get adjusted to the climate. So for the last 6 months, they didn’t use any allopathic medicine for any of his compliant.

Dr. Vaseem Choudhary continues his treatment in the same medicine again for 2 to 3 months.

Then on 22/03/2021 he came and started saying how he is feeling very well now he doesn’t have any issues of recurrent cold/cough now he is 100% recovered.

His mother was very happy to inform him that now he could eat cold things without any fear of an episode of cold or cough.

The case was reviewed the medicines were upgraded by Dr. Vaseem Choudhary’s recurrent cold find an excellent treatment in homeopathy. With homeopathy within 1 to 2 years, his condition improved he had continued taking proper follow-up and medicines then his recurrent cold and cough were recovered by homeopathy treatment.