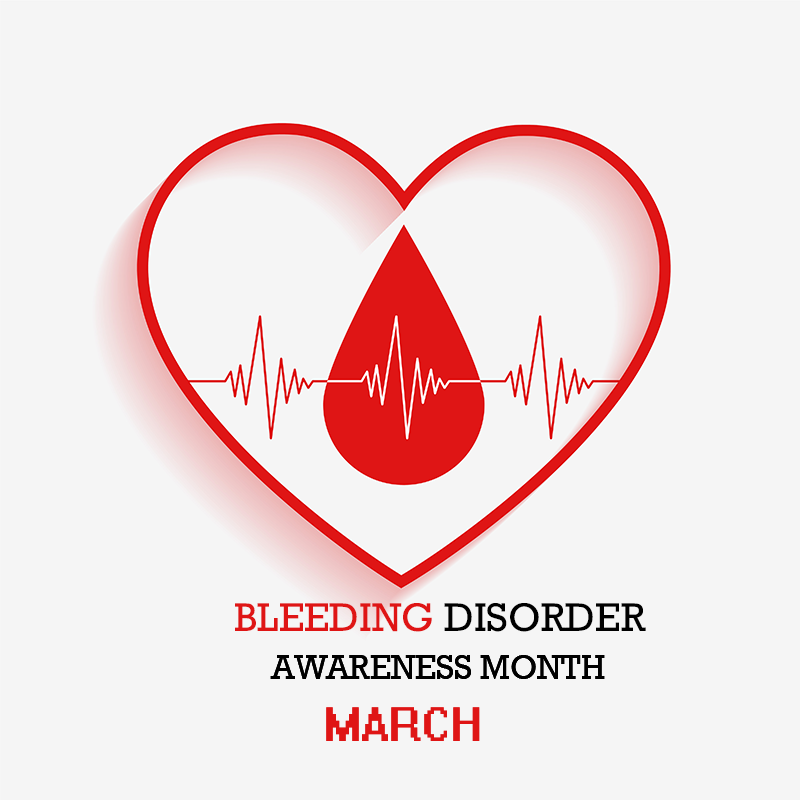 Bleeding disorders are defined as a cluster of disorders that are unable to form a blood clot It is an acquired or inherited tendency to bleed.

In normal clotting, process platelet adheres to the injured site to form a plug, clotting factors which are considered to be the proteins in the blood interact to form a fibrin clot which helps platelet to remain at its place and allows healing to occur at the site of injury stopping the blood to leak out. On this Bleeding Disorder Awareness  Month – MARCH 2021, Dr. Vaseem Choudhary took participate to spread awareness of the bleeding disorder and its signs &Symptoms. Let’s get into brief information.

First, a detailed history is been noted by the physician in order to reach a particular diagnosis such as

This remedy is indicated when there is hemorrhagic diathesis and incessant flow from all orifices of the body such as eyes, ears, nose, In females, there is a malignancy of the uterus noted with hemorrhagic tendencies, hemorrhages are dark fluid with the formation of no clots, non Inflammatory retinal hemorrhage noted, epistaxis where blood is black and stingy.

This remedy acts well in injuries to deeper tissues due to fall, accidents there is soreness and bruised feeling all over, venous congestion, auto traumatism calls for this remedy  especially in laborers gardeners ecchymosis with swelling especially in infants, bleeding tendencies, varicose veins in females during pregnancy noted

This remedy is indicated when there is the overuse of any organ, arnica is disposed to cerebral congestion acts best in plethoric feeble and debilitated people affects venous system inducing stasis, hemorrhages, with relaxed blood vessels with black and blue spots, thrombosis, hematocele, bleeding after every fit of cough dark fluid epistaxis.

This remedy acts well when there is hemorrhage from any mucus membrane, blueness noted fainting tendency weak debilitated, blood seems to stagnate in capillaries causing coldness and ecchymosis patient is almost lifeless with an imperceptible pulse, best suited to people who have never recovered fully from their past illness general venous stasis noted with coldness all over.

Haemorrhages are bright red and profuse ,patient is irritable holds everything in contempt ,coryza with epistaxis noted with stoppage of nostril , in females uterine haemorrhage profuse bright red gushing with nausea noted, mensis too early and too profuse noted, haemoptysis on  slightest exertion with hoarseness of voice and sometimes complete aphonia noted, whooping cough with nose bleed and also bleeding from lungs ,cough incessant and violent with every breath noted

Dr. Vaseem Choudhary along with his Team has treated have treated many patients successfully with bleeding disorders so if you are looking for solutions to your problem regarding blood disorders please visit our centre for guidance with our team of doctors.