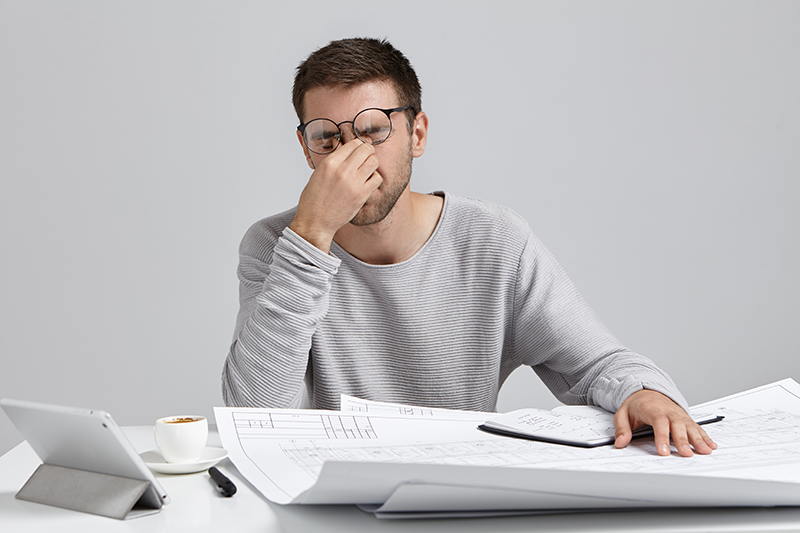 A 40-year-old male patient, Mr. P.B. (Registration: AM-61) visited Homeo Care Clinic on 2nd January 2017 for getting his complaint of Anxiety panic disorder.

The patient had his own famous and known garage in Magarpatta city. He was doing the work very well. History of a fight with some customer and then suddenly he started with vertigo and palpitation. He started with complaints of anxiety while doing work, particularly a new work, an inferiority complex, and a lack of confidence. He had become so low in confidence that he could go alone to market. He had work-related stress, as he was taking a lot of pressure from his work. He had frequent arguments with his customer. He had fear of death, shivering of legs, unable to walk properly. His sex life was also affected. He started eating more when depressed or stressed. His sleep was disturbed. He had body aches, pains, pain in the neck, and backache.

The patient was counseled, and, after a detailed case analysis, Dr. Vaseem Choudhary prescribed Homeopathic Medicines for Anxiety to the patient.

On his first follow-up on 11th January 2017, the patient said that he had bleeding during the motion for 2 days, but no pain, and also his anxiety had reduced, and he felt relaxed. Also, his anger had reduced, fear reduced, vertigo reduced. Numbness of legs present. Advised to continue with medicine.

On the second follow-up on 9th February 2017, the patient mentioned that his anxiety had reduced significantly. He was feeling relaxed. His self-confidence was also increasing. His irritability had reduced, palpitation reduced. Now, he can go in traffic alone, which was not possible 2-3 months ago. Burning in stomach reduced.

When he gave the third follow-up on 9th March 2017, he mentioned that his Anxiety had reduced, and he was turned calm and cool. His fears had reduced. He didn’t like crowded places but now feels comfortable.

Later, On a follow-up on 15th May 2017, he mentioned that he again had a verbal spat with some of his customers and again he started with sweating and vertigo. Dr. Vaseem Choudhary prescribed similar medicine with higher potency.

On his follow-up on 13th June 2017, He was very much relaxed. Now he can go alone on a two-wheeler now, he started staying with friends. Started getting interested in work, Giddiness completely reduced. Burning in stomach reduced.

Later, when he visited the clinic on 25th July 2017, he informed that his recovery from anxiety 100% achieved. All his concerns, fears, anger, and irritation were no more. His relations with the customers, workers and his colleagues and family were much better now.

The patient is very happy with the homeopathic treatment at Homeo Care Clinic.

This case shows that homeopathy is very effective in treating psychological conditions like anxiety neurosis, depression, and other mental issues successfully without any side-effects. If you face any kind of Anxiety problems, Must Consult with the Best Anxiety Treatment Specialist Doctor – Dr. Vaseem Choudhary at Homeo Care Clinic, Pune.