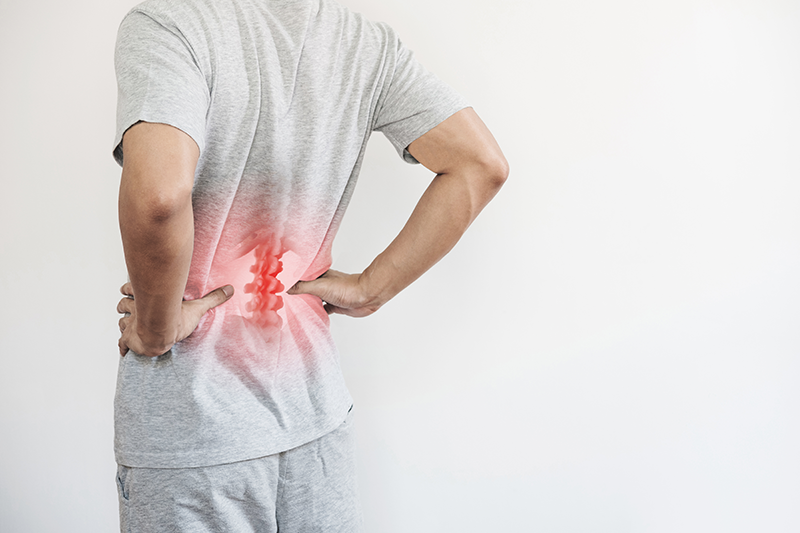 A 32-year-old Male M.S (Registration Number AY-82) working in the IT sector came to Homeo Care Clinic on 08th February 2018 with suffering from Ankylosing Spondylitis as he was suffering from joint pain and stiffness in his knee joint, lumbosacral joint. He could barely move occasionally which he was suffering from in 2015. He was taking immune suppressant I e: – Tab- Wysolone 10 mg and Endocarp SR daily. In spite of that, he still had unmanageable pain. He had tried various treatments with little relief. On investigating his HLA-B27 was positive.

Our Doctors studied his case and prescribed him medication. It was explained to him that initially, the pain will increase, and gradually it will completely stop.  In his case, we advised him that his immuno- suppressant medicine will be reduced and completely stop.

The patient reported via telephone on 13th February 2018 that his pain in joints has increased. We advised him to continue medicine.

In the first follow-up after 1 ½ month on 14th March 2018 Patient complained of increased in pain for initially 10 days, and then gradually the swelling, pain, and stiffness reduced. He observed a reduction of pain first on the lumbosacral joint and then on the knee joint.

Then in the second follow-up after 1 month on 12th April 2018 pain in the back, knee and ankle started reducing. Advised patient to reduce the immuno- suppressant medicine.

On the third follow-up after 1 month on 25h May 2018, pain in the back, knee, and ankle started reducing more than 80%. Advised patient to reduce the immuno- suppressant medicine i.e Tab:- Endocap SR and Tab:- Wysolone (SOS) Only when required.

After taking 7-8 months of medication that is on 13th August 2018 and he reported that his condition was 95% better in terms of his pain and his stiffness had also reduced up to 95%. His dosage of Tab:- Wysolone and Tab:- Endocap SR has been completely stopped for the last month.

He was happy and satisfied with the treatment. We advised him to continue the medication for 2 more months to avoid relapse and advised him to report monthly even after he stops taking medicine to keep his case under observation.

The patient is now under observation and he is in remission for the condition of Ankylosing Spondylitis. He reports every month over telephonic so that in case any intervention is required can be done. He has pain occasionally but they are manageable.