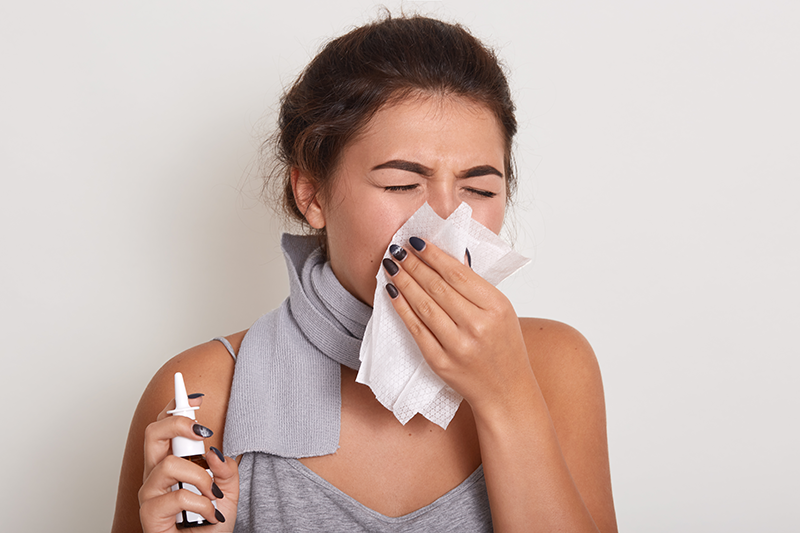 He was suffering from sinusitis for 12 years. The frequency of episode sinusitis was once in 3 to 4 months and each attack used to last for 2 to 3 days.

His symptoms during the episode included sneezing, 10 to 15 bouts at a time, running nose with watery coryza, right-sided frontal headache, right-sided head block, greenish-yellow expectoration, and fever. The expectoration was difficult to expectorate. All his symptoms used to get aggravated after having cold drinks and cold water and better by warm water steam. He used to avoid ice cream, curd, and oranges.

Besides from Sinusitis, he suffered from acidity, constipation, bleeding – piles and Spondylitis.

He had an average appetite and excessive thirst. Desire spicy and sweets. Hunger was always intolerable. All his other general symptoms were normal. He was quite an angry and irritable person, very much ambitious, dictatorial, and dominating. Was working in the IT Industry. The cold was intolerable to him.

He took much treatment including allopathy, Ayurveda, and homeopathy from various doctors in this span of 12 years.

A detailed case study of the case was done by Dr. Vaseem Choudhary and Nux Vomica 200 was prescribed.

During the follow-up on 30th January 2020, there was a 50% improvement in his relief in Sneezing, and the patient’s headache had stopped completely. His relief in difficult green expectoration was 25% better. Coryza became thick white. Acidity improved. Piles bleeding stopped. Constipation not much. The patient had stopped taking tablet Cetrizine, which he was taking on and off before.

At the follow-up taken on 11th March 2020, the patient showed further about 80% improvement in the relief in sneezing. His relief from difficult expectoration was better by 40%. Coryza showed improvement and became fluent. Acidity in control. Gases relieved. No piles complaint

When the patient gave a follow-up on 2nd May 2020 (During Covid-19), sneezing completely stopped, headache stopped, digestion improved, and constipation not there now, gases relieved. Now the patient has started having ice-cream, curd, oranges which he was not taking before and it was completely no for him.

This case illustrates that homeopathy is highly effective in treating sinusitis, piles and acidity incredibly and safely without any side-effects.