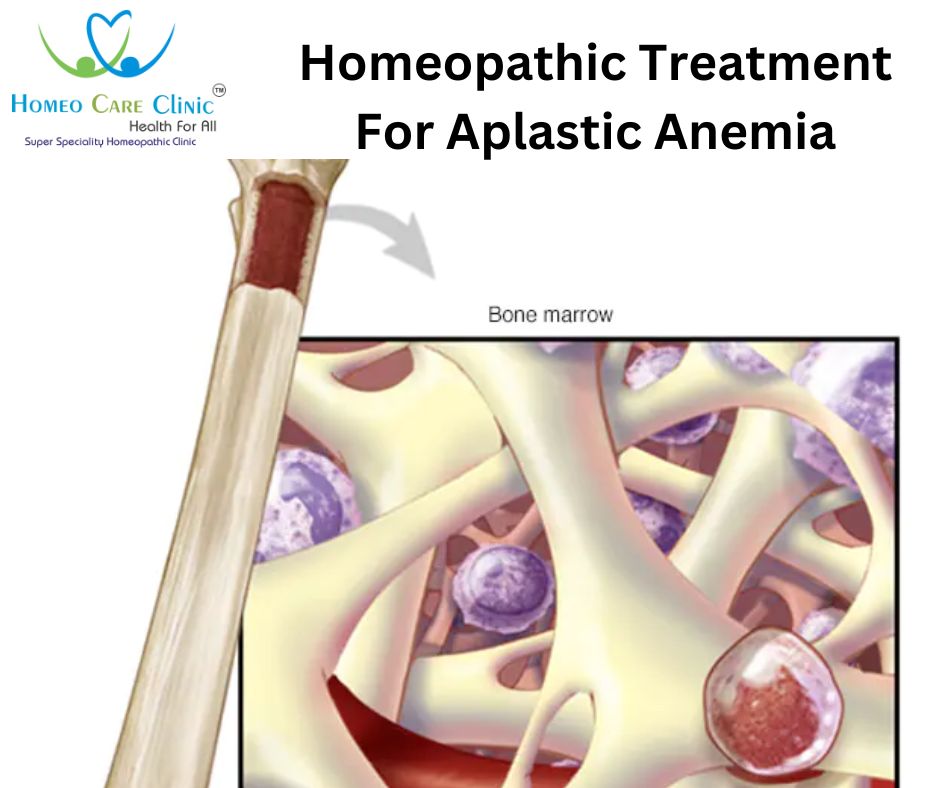 Aplastic Anemia was first been introduced in the year 1885. Paul Ehrlich was the first to name the disease In the early 20 century Cabot and his subordinates clarified the clinical features of this disease. According to researchers Aplastic Anemia is said to be a disease that manifests due to the destruction of stem cells in your bone marrow. Bone Marrow helps in the production of RBC, WBC, and platelets.

Functional Unit Of Cells Of Bone Marrow And Its Importance

Homeopathy is a conventional mode of treatment based on individualization. Depending on the totality of symptoms and miasmatic factors remedies are prescribed to achieve a cure from within. At Homeo Care Clinic under the supervision of Dr. Vaseem Choudhary trained doctors to evaluate your body analysis in detail case taking and guide you in further management. Depending on your diagnosis doctors will treat you accordingly. Diet and exercise will also be guided for a better prognosis.

Dr. Vaseem Choudhury along with his team has treated many patients successfully with all Types of Diseases so if you are seeking your cure please visit our center for further assistance.