Home Best homeopathic doctor in Hadapsar for skin Can Ticks Be Cured With Homeopathy? 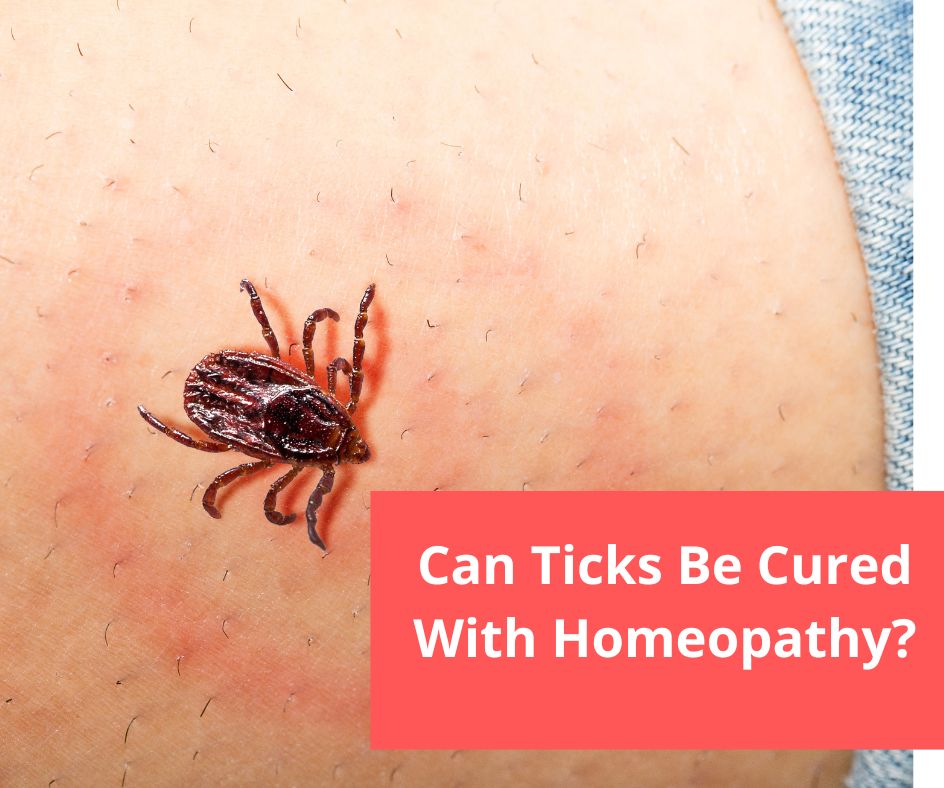 Mostly Tick bite can be harmless but sometimes they can infect you with diseases like – Lyme disease or spotted fever.

Ticks are typically small and difficult to see until they have been attached for some time. They feed on your blood and become larger and easier to see.

Ticks are parasites that feed on warm-blooded hosts by biting them. A tick can affect humans and animals both with bacteria, viruses, and protozoa that can cause diseases.

Some Conditions That Can Be Serious Are-

Ticks are parasites that feed on warm-blooded hosts. They are related to mites and spiders because they are all arthropods. That means they have eight legs. There are many kinds of ticks.

Ticks can vary in size and color- Some are larger, and some are brown or reddish-brown. Others are darker Some have lighter markings on their backs.

What are the symptoms that a tick bite might cause?

Expanding rashes that may look like a bulls-eye is the erythema migraines signal of Lyme disease. A similar rash happens with southern tick-associated rash illness or STARI. STARI’s rash may be known as the Lone Star tick rash.

Some rashes can just look like small red or darker-colored blotches that can be difficult to see.

Dr. Vaseem Choudhary along with his team has treated many patients successfully with ticks with lots of positive results so if you are seeking your cure, please visit our center for further assistance.

Such as many more patients recovered from Homeopathy at the Homeo Care Clinic. If you have any health problems, you may need to follow a special diet plan. Dr. Vaseem Choudhary has given a complete diet chart for various diseases.