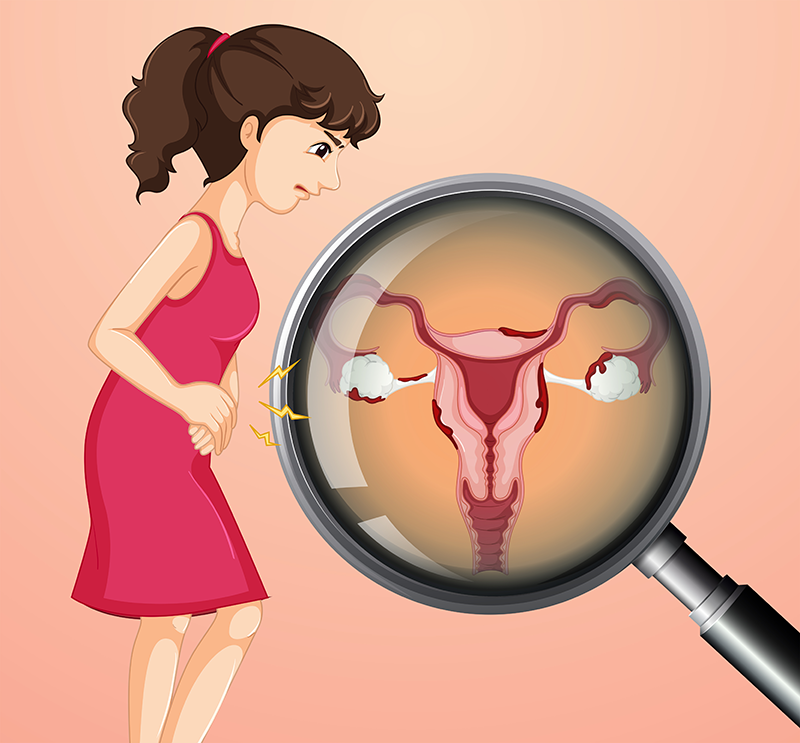 PCOD (Polycystic ovarian disease) or PCOS (Polycystic ovarian syndrome) is a hormonal disorder that affects approximately10- 15% of all women, which are very commonly found in day-to-day practice and increasing nowadays. It interferes with their fertility during the reproductive years. There are multiple (‘poly’) cysts (small sacs filled with fluid) in the ovaries, on either side or both sides.

A higher level of male hormone (Androgen Hormone). Normally androgen hormone is present in small amounts, but if the level increases then it leads to restricting the ovaries from releasing an egg (ovulation) during each menstrual cycle.

A higher level of Luteinizing Hormone disturbs the ovulation during the menstrual cycle.

Prolactin levels of between 30 ng/mL and 200 ng/mL are considered moderately high. This level of prolactin in the blood can have many causes. Conditions related to raised levels of prolactin include pituitary disorders.

Dr. Vaseem Choudhary has been treating PCOS with homeopathy treatment for many years. Dr. Vaseem Choudhary is a well-known homeopathy doctor in Pune. His treatment is safe and doesn’t have any adverse effects on the patient. Homeopathy treatment for PCOS varies from patient to patient. Patients with PCOD may experience some complications like Difficulty in getting pregnant (Infertility) and another bleeding from the uterus can be successfully treated with Homeopathy.

A complete approach at Homeo Care Clinic is harmless. So, it’s very easy to completely get rid of the side effects of conventional medication, as homeopathy treats the root cause and thereby regulate hormonal imbalance and treats PCOS.

SIDE EFFECT OF CONVENTIONAL TREATMENT: