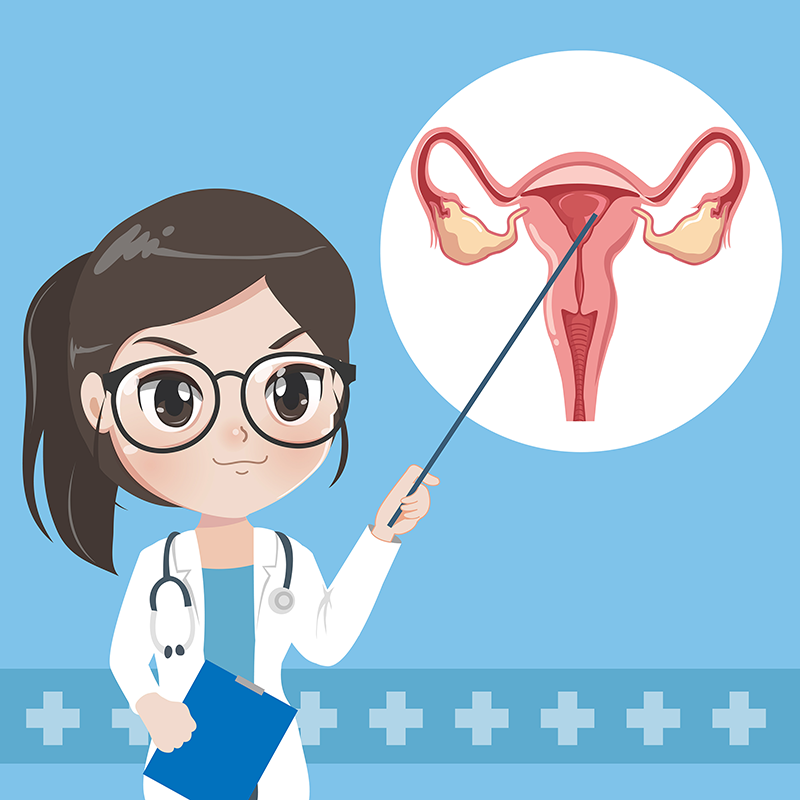 Uterine Fibroid is a non-cancerous, benign growth that develops in or just outside the uterus. Uterine fibroid develops from normal uterus muscle cells that start growing abnormally. As the cells grow big in size, they form a tumor. Fibroid could be single or multiple in numbers and size. Their size varies from a small peanut size to a big grape size. Occasionally they can become very large. A fibroid is mostly non-cancerous. Fibroid can come at any age but mostly comes in the ’40s and ’50s.

Homeopathic treatment for uterine fibroid is one of the best possible alternative medicines.

Homeopathic medicine can be a help to shrink the fibroid and in some cases completely eradicate also. In other systems of medicine, the only treatment option available is uterus removal (Hysterectomy) but homeopathy can effectively prevent surgeries and reduces the size in a more painless manner.

There are many medicines useful for Uterine fibroid out of which Calcarea Carb, Sepia Officinalis, Kali-Carb, Ustilago Myadis, Sabina and Thlaspi Bursa are the few top medicines.

One of the best medicines for uterine fibroids in females who are fat, fair, and flabby. Feels cold easily, thirsty. The patient has abnormally heavy bleeding which lasts for many days. White discharge thick, yellow and milky

Useful for people having heavy painful bleeding with uterine fibroid. Bearing down sensation present. Menses start early and are too copious. Intercourse painful due to uterine fibroid.

Kali-Carb is useful when uterine fibroid accompanied by severe menstrual pain and back pain. Pain is better when sitting and from pressure. Menstrual flow is copious. The first menses were very difficult. Menses variable – sometimes too early and profuse and sometimes too late and scanty.

This is another best remedy in homeopathic treatment for uterine fibroids in patients who have frequent menses at very short intervals. Menses continuous for 10-15 days. Menstrual bleeding is profuse with large clots. Cramping pain in the uterus during menstruation in uterine fibroids cases is also suggestive of the use of Thlaspi Bursa.

Q 1- Is Homeopathy useful for fibroid?

Yes, Homeopathy can cure fibroid. Homeopathy medicine can help to resolve symptoms and also helps to dissolve fibroid completely. The recovery time depends upon the size and intensity of the symptoms. Earlier have discussed the medicine that is greatly effective in treatment.

No, the Uterine fibroid is non-cancerous (Benign) in growth.

Q3 – I have heavy menses from many months; can it be due to uterine fibroid?

Heavy bleeding is one of the key symptoms of uterine fibroid, but you need to correlate it with other symptoms also. For further diagnosis you need investigations

Pregnancy can be impacted because of uterine fibroid, but not in all cases. In some cases, it has been found a pregnant woman having uterine fibroid as well. There are chances of miscarriage also.

Q5 – Can uterine fibroid regrow even after surgery?

Yes, there are chances that fibroid can regrow after surgery because in surgery they remove the fibroid part but don’t cure the root cause of fibroid.

Q6 – What is the maximum size of uterine fibroid, you have treated?

We have treated larger sizes of uterine fibroid sizes extending to 3×3 cm as per our clinical guidelines and not as per standard medical books. Larger sizes take longer time, however, time duration also varies.

Are Steroids Present In Homeopathic Medicines?